It comes to something when it is a Guardian photographer, the splendid Martin Argles, who sets off the waterworks.

As readers of The Blair Years know, I am not averse to a bit of tearfulness as emotional release. Whether at the close of the Good Friday Agreement talks, finally getting sign off on TB Conference speeches after days without sleep, the Dunblane massacre, news of deaths in war, resignations, football matches, Olympic medals … as my elder son Rory said after reading the book – ‘Dad, do we have to have all this crying stuff?’

There will be plenty more when the full version comes (Prelude to Power out June 3 in case you hadn’t heard – get onto Amazon while stocks last).

The line in The Blair Years that can still bring tears to my eyes when I think about it was when my second son, Calum, then aged eight, said to me on the phone on the night before the 97 election ‘are we going to win?’ There was something about the ‘we’ – to a father who had barely been home in months from a son who nonetheless felt part of what was happening – that unleashed all the pent up emotion of a rollercoaster campaign which, by then, I knew we were going to win. And by a bizarre coincidence, as I write this, Martin has just sent me a picture he took of me, GB and Calum – like all our kids active Labour campaigners – in Manchester the night before the election.

There is indeed something so special about kids and their insights into big moments of drama. And the thing that set me off today was Martin’s picture in The Guardian of Gordon hugging his son as around them, staff and colleagues applaud the emotional speech GB had just made.

Behind them you can see Ed Miliband, Ed Balls, Joe Irvin, Andrew Adonis, then Peter Mandelson and I standing together as we have done so often in the last twenty years and more. All people who have been part of each other’s lives for so long. And now New Labour’s first period in office was coming to the end with tears inspired by the speech and laughter inspired by John and Fraser’s reactions. ‘Come on Daddy, we’re going,’ said Fraser at one point. And there in the background, an ever present reminder of the way the 24 hour media has changed our political landscape (largely for the worse) a ‘breaking news’ whoosh on TV saying GB was about to resign. (And boy has the tone changed now they have their nice new shiny blue and yellow toys to play with).

Like a lot of Labour supporters I haven’t bothered with The Guardian since it came out for the Lib Dems, an action which may have helped put the Tories back in power. But Martin Argles is a lovely man and a great photographer so today I made an exception.

He has taken my picture hundreds of times, TB’s and GB’s thousands and thousands of times. It is because of the trust and respect he has built up over the years that people felt so relaxed about him being around, even amid real tension and difficulty during the campaign. Everyone likes him. When his paper came out for the Lib Dems, it was the kind of short-sighted self-indulgence which made people think worse of the paper, but not of him. And today’s pictures really are stunning, in particular the one which records the call Clegg made which was the final act of GB’s Premiership inside Downing Street.

I should say, by the way, that whilst I understand why Clegg’s spin doctors are briefing out to the BBC and others that he was asking GB for more time, it is false to say he was doing so as a way of keeping Labour-Liberal talks going. He was trying to buy more time from his Party, and screw more concessions from the Tories. As GB pointed out when Martin was snapping away, the wrangling – in which Labour were no longer involved – was becoming discourteous to the Queen, and damaging to the country. But the briefings do show that for all the talk of new politics, Clegg is not averse to the old, and they don’t come much older than the kind of lovey-dovey stitch-up with DC that led to the back garden Trinny and Susannah show yesterday.

In addition to Argles’ pictures, his words are also superb. As Stefan Stern of the FT says on Twitter today, better than anything the lobby turned up.

Martin’s description of the atmosphere before during and after the Clegg call is remarkable. ‘The atmosphere in the room (before the call) was surprisingly light-hearted but very, very tense. If you can imagine those two things hanging at the same time …. Then it (the call) came. And there was silence. The whole place felt completely silent’. It did. Indeed, at one point, the only sound I heard was the shutter of Martin’s camera, followed by GB saying ‘ok, Nick, thanks, goodbye,’ then turning to the rest of us, and saying ‘right, let’s go.’

As my diaries reveal, I have had a lot of ups and downs with GB and his team. But I really do believe he behaved with incredible courage and dignity in the last days of his Premiership, and that whilst he may not have had all the roundedness of the TB political skillset, in particular his comms skills, he certainly had resilience and a deep belief in the power of politics to do good.

He also wrote a lovely letter to my daughter as one of his final acts. Why? Because once he knew he would be resigning (several hours before finally he did), he said he wanted to go straight from the Palace to the Labour Party to address staff, and he wanted to wear a red tie. I was the only one with a red tie, which my daughter Grace had chosen for me – she says I have no fashion sense at all and so have to be told what to wear by her. So after putting the tie on, he wrote to thank her for her style advice and wish her all the best for the future.

And if you think I’m now just burbling on because the sight of those Tories back in power, you might be right. But if you want to see some wonderful photos of a moment in history, go to Guardian Online.

*** Buy The Blair Years online and raise cash for the Labour campaign against the Tory/Lib Dem party http://www.alastaircampbell.org/bookshop.php. Join Labour at http://www.labour.org.uk 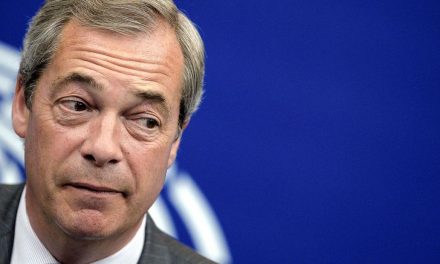