Pressure needs to be kept on Tories over NICs

One of my rules of political communications is that just as the politicians are getting tired of saying something, and the media are getting bored of hearing them say it, is the point at which you have to keep going with an argument.

That is where we are right now in relation to National Insurance Contributions and the Tories’ claims to be able to fund tax cuts, deficit reduction and the protection of frontline public services by finding billions of pounds worth of largely unidentified waste.

I’m not quite sure why the charge is being made that they are back of envelope calculations. I think they were made on the front of an envelope, where most of the space was already taken up by stamps and an address, so they just had a tiny space left on which to squiggle a few words and letters like IT. Poor old IT. Always copping it and yet where would we be without it? And all these back offices they keep going on about. They can’t all be bad. I’ve been in a few front offices in my time in need of a bit of a clearout.

The Labour pressure on this is beginning to tell. David Cameron is continuing to duck difficult questions and also starting to give slightly different answers to George Osborne. Sir Peter Gershon, one of the waste gurus Cameron keeps quoting, as though somehow saying a name again and again will substitute an explanation, has risen to the challenge to start explaining, and created more unanswered questions, not least about jobs. The markets have started to worry that the Tories have dropped any seriousness of intention on the deficit, in favour of tax cuts, and and all the while George Osborne keeps his heads down as DC tries to smile and charm his way through the minefield they have laid for themselves.

So though I can see and hear the media getting very bored with this one, the argument has some way to go before it is fully unravelled. Yes, that’s the word I think.

** I see one or two of you were a bit alarmed to find I had counted the number of shots of BBC political editor Nick Robinson in his package on Nick Clegg last night, on which I tweeted after the 10 o’clock news. Fifteen! I can assure you I don’t make a habit of counting cutaways to Robinson, but someone texted me after the 6 o’clock news to say he thought it might be a record. So I counted. (I didn’t count the bits where only his hand was in shot.)

It does seem however, with every election, the focus on the reporters at the expense of the politicians appears to grow.

Cameron and Miliband could learn a lot from Monsieur Wenger 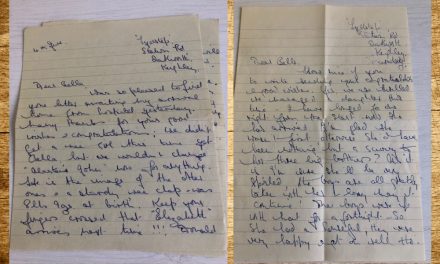