As people weigh up the relative experience of the party leaders, it is worth remembering that after Eton and Bullingdon College Oxford, David Cameron’s experience has been as an advisor to Black Wednesday Chancellor Norman Lamont and a spin doctor to a TV station.

But today, amid the latest batch of unfunded, uncosted, incoherent spending promises littered around the media, we see that the spin doctor takes precedence in his mind. Promising some huge sum to recognise marriage in the tax system, he is seemingly of the view that ”the message matters more than the money.’

That neatly encapsulates his whole approach to this campaign now that he has decided that being serious about the deficit is no longer his main economic priority.

The King’s Fund has totally demolished the Tory claims to be able to fund a cancer treatment pledge from money that even under their own plans does not exist until later in the next Parliament, beyond the point at which they say they will spend it.

Watch out in the coming weeks for all manner of spending commitments which they will say can be funded by ‘a portion of the savings they claim they will make by not implementing the planned National Insurance rise.’

When people wonder why Conservative begins with Con, the last few days have shown it. They cannot at one and the same time cut the deficit, protect spending and cut taxes, all by a few efficiency savings once described by DC as a ‘trick.’

The King’s Fund has done for the cancer pledge. Stand by now to watch the marriage tax allowance fall apart too. And when DC pipes up that the message matters more than the money, try telling that to the families who need the recovery to be secured to protect the jobs, living standards and public services on which they depend.

The message is not more important than the money. The economy matters more than anything and day by day the Tories are showing they would put the recovery at risk for the sake of a few catchy tunes to keep their media supporters singing for them.

i did not hear shadow home secretary Chris Grayling on the Today programme, though I hear he was dreadful. Already embroiled in his homophoia row, he too is littering the papers with spending commitments in his law and order area today. I hope they are being costed. I hope every word coming out of every Tory spokesman is being costed.

Because just as their cancer pledge lasted around a day, the rest of this nonsense will not survive the coming weeks. The King’s Fund talked of ‘smoke and mirrors’ wafting around the cancer pledge. Stand by for a lot more of that when the campaign proper kicks off. And stand by for the public seeing through it as quickly as the King’s Fund have.

— buy The Blair Years and raise cash for Labour http;www.alastaircampbell.org/bookshop.php. 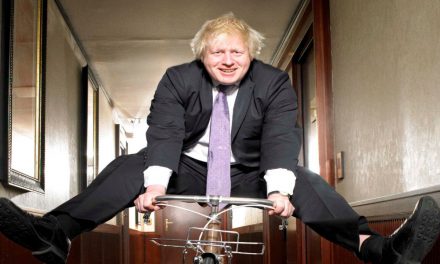 Part 6, tory mps letters re cummings … the badness starts at the top, and runs deep