David Cameron has junked tonight’s planned party election broadcast in favour of one that ‘responds to the public mood.’

Now what does that remind me of? Where was I? Oh yes, Southampton, April 16, 1997 … with TB, when news came through that John Major had junked that evening’s planned party election broadcast in favour of one that responded to the public mood.

What do these two events have in common, beyond the obvious link of two not very good Tory leaders? The answer is strategic failure requiring a tactical shift which turns out to be a mistake.

All Cameron’s current problems are rooted in strategic failure. So were Major’s. But to be fair to the Tories’ last (hopefully) Prime Minister, he was dealing with a party that was literally falling to bits, a media kicking him hard, and a powerful and attractive new political phenomenon in TB and New Labour.

David Cameron by contrast has a party longing for victory, a media willing him to win, against a Party that has now been in power for 13 years. Yet despite all that, precisely because he has not sorted his strategy, he is having to junk doubtless well laid plans (these broadcasts don’t happen overnight and don’t come cheap) in favour of what sounds like a rather desperate attempt to do the ‘who I am’ thing. Er. Again.

My guess is that the Tories had done a clunking great negative attack on Labour and GB, but the focus having shifted post TV debate to Nick Clegg, and George Osborne having claimed yesterday that they were going to go more positive, they have been forced to junk it. Needs must.

What it is all going to show is that you can have all the money Lord Ashcroft can give you. But if you don’t have a strategy, and you don’t know how to lead, you’ll get found out soon enough. 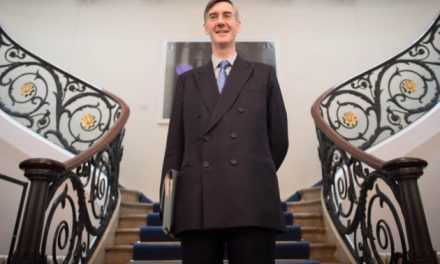