In the next few hours, someone will do us the service of telling us which words and phrases were most used in David Cameron’s speech.

‘Big Government’ will, I suspect, be top of the pops. Whilst professing to hate Gordon Brown’s ‘dividing lines’ approach to politics, this was an attempt to make Big State v Small State the backdrop to the fight ahead, in many ways a classic Right-Left battle.

But even if George Osborne set out a few specific proposals on Tuesday, Cameron’s speech raises an awful lot more questions that will have to be answered in detail. All those education bodies that he seemed not to like. Are they being scrapped? When he says he will sweep away all those bodies that apparently snoop into our homes all the time, what are they and will they have to go too? Was he announcing more troops for Afghanistan? Has he found a way of ending the poverty trap? What are the other public spending cuts that will be required to deliver on his pledge to deal with national debt right now? The referendum fight William Hague is leading? What exactly is the referendum on?

He wanted to do the vision thing, all that climbing mountains to find a wonderful view at the end of the climb, and a description of the kind of country he thinks Britain can be. Bits of it reminded me of TB when he hadn’t  put the work in, and lacked the energy really to put something across. Also, a lot of those changes he was seeing as he reached his summit will require his government to make change. That is what government in many ways is about. But without being clear what the changes are, we are left with lengthy sections of speech that will be rather quickly forgotten.

His big theme was that we did not need government but responsibility. But Sure Start was also a good thing. That needed big government to get it going. And of course the NHS is perhaps the best thing of all, and its basic principles untouchable. There was a little bit of having Labour’s cake and eating it going on. The best policies in the speech were the Labour ones he said a Tory government would keep. In terms of other detailed policy proposals, it was all a bit vague and woolly.

I’m more convinced than ever after his speech that the election is far from the foregone conclusion the media seemed to think as they gathered in Manchester. Even the man from The Telegraph seemed terribly underwhelmed.

Nick Robinson had told us beforehand that Cameron wanted to use the speech to show more of the personal side, who he was, what made him tick. I’m not sure he met that objective.

What he did was lay down a very old fashioned dividing line, but whereas sometimes GB stands accused of having too many ideas for government action, Cameron’s definition of small government seems to be to have lots of admirable goals, and just hope somehow that they come about. It was frankly a bit weird.

Ps. on the buzzword count, am I right in saying banks and bankers rated a Big Zero? His attempt to make the financial crisis all GB’s, and nothing to do with his friends and bankrollers, is a bit lame. Also, worth pointing out that Big Governments(s) round the world were essential to preventing recession from becoming depression. 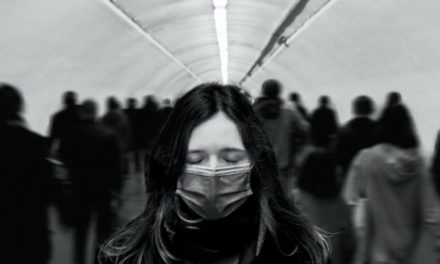