Eddie Izzard’s interview with me goes out on Wednesday, so I assume the Ali(a)stairs’ chat goes out the week after.
We recorded about 45 minutes, which will get edited down to half an hour. It was fascinating to watch someone weave from one voice and character to another, in between explaining his own background, with which he seemed pretty relaxed.

Even amid talk about politics, environmental campaigning, his family and his break-up from Ronni Ancona, he ‘did’ (and this is by no means  the full list) Major (nerd voice) Blair (loses lots of vowels) Brown (stifles yawn at end of every sentence) Heseltine, Sven, Fabio Capello (says you have to imagine yourself straining on the loo) Alan Hansen, Trevor Brooking, Billy Connolly, Brian Perkins, Richard Madeley (the ‘victim’ he says he is most like) and Prince Charles (says he regrets taking the mickey out of his green campaigning). I particularly liked how, when explaining the technique of impersonation, he went from Stuart Pearce to David Beckham in the same sentence, saying they basically had the same voice but Pearce was confident and Becks was shy. Not so shy, I pointed out, that he didn’t mind being seen in underwear on buses.

‘Is it because he stands for nothing?’ I asked, and was pleased that the live audience got the point immediately.

He didn’t know what it meant, he said, but he had tried long and hard, but failed, so Dave will not be part of his new routine.

For the sake of completeness, I should report that he is also struggling with Barack Obama. There the comparison with DC ends.

When a call matters more than protocol

Marr needs to explain his ‘sexed up’ question re casualties 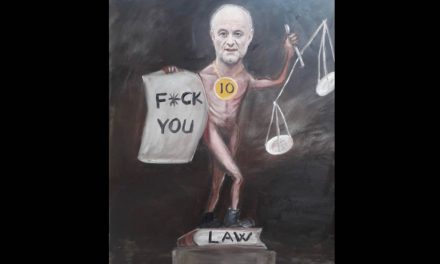