For a few humid, air-cracking minutes, I was
sure I was going to witness another moment in history yesterday – namely the
first competitive tennis played under the new roof at Wimbledon.

Somehow, with giant hailstones and mini-flash
floods hitting the other side of London, it stayed dry in SW19. Instead the
history we witnessed was the next chapter in the emergence of a real winner, in
the form of Andy Murray.

Tennis comes fairly well down my list of
favourite sports, certainly after football, athletics, cricket, both codes of
rugby, cycling, triathlon, golf and boxing, but one of my sons is a big tennis
fan so we make a point of going to Wimbledon at least once each year if we can.

Yesterday I am glad I did.I last saw Andy Murray
close up a couple of years ago at Queen’s. This is a new model in so many ways.
His body, in particular shoulders and legs, is  different,
bigger, more muscular, giving him a more confident and composed demeanour.

But new bulk and strength have not led to loss
of pace or touch. He is also much stronger mentally. You just see it in the way
he warms up, the way he plays, the way he handles himself between points. It
was a ruthless performance.

There was one point in particular yesterday, in
the third set when he was in the process of breaking his opponent
psychologically, when he looked three times to have lost the point. He just
never gave up. And he won it.

I also noticed that when he lost a point on a
lucky net chord to his opponent, he did not even look over for the customary
apology that follows. He was head down, readying himself for the next point.
Focussed. Ruthless.

His win was fairly rapturously received. Yet
there had been quite a few ‘come on Viktor’ English voices
urging on his opponent.

Murray himself is on record as saying he
supports anyone but England at football, so maybe it is an anti-Scottish thing
that provokes that kind of reaction to someone flying the British as well as
the Scottish flag.

But I wonder if those who complain about
Murray’s ‘attitude’ – and I heard a few yesterday – are not actually objecting
to his winning mentality.

Is there something about us that prefers the
good loser to the sometimes surly, sometimes edgy, obsessively determined
winner?

In the front row of the Royal box sat three
knights of sport, Chris Hoy, Steve Redgrave and Matt Pinsent. Murray, I would
venture, is in that league in terms of his natural talent and, more important,
what he is doing with it.

At 6.51pm, he won a game won with four
successive aces, followed by three aces in the next game he served. It was
brutal to watch.

What I like about him is that he and his team
worked out what he needed to do to go from great potential to the likelihood of
fulfilment of it, and he is so clearly doing it. I like too the fact that he
appears not to care

too much what people think or say of him.

He is already loaded beyond the expectations of
any child who picks up a racket. I hope he does not care too much about that
either. Because what shines through is that he cares about winning. It’s great
to watch.

He will win plenty of big tournaments, which
will be great for Britain, whatever the ‘come on Viktor’ Brits may have thought
as they cheered on someone they had likely never heard of till yesterday.
Interesting too that those who do support him can’t decide if it is ‘come on Andy’
or ‘come on Murray.’ There was never any such doubt over Tim Henman.

I would be surprised if Henman’s successor as
Britain’s Number 1 cares what they call him, so long as he keeps winning. 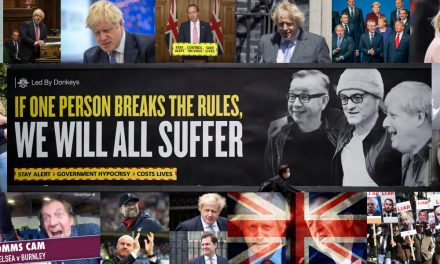