A tribute to a lovely man

I make no apology for renewing so soon the appeal I made here yesterday for donations towards Leukaemia Research’s Big 5-0 campaign, in which we are trying to get fifty donations of fifty thousand pounds to celebrate the charity’s fiftieth anniversary next year.

If you remember, I said at the end of the blog about the launch of our appeal at Somerset House that the continuing need for funds to research a cure and better treatments was brought home to me at the end of the event when a doctor told me a friend of ours, who has been fighting leukaemia for some time, had just been moved to intensive care, and that the prospects were not looking good.

That friend was Henry Hodge, and I have just had a call from his daughter to tell me that he has died, aged 65. He was a lovely man, big of build, stature, voice, personality and character. He was a man of immense intellect and principle, whether in his work as a solicitor, judge, and asylum and immigration adjudicator, or in his voluntary work for bodies like the National Council for Civil Liberties, or deputy director of the Child Poverty Action Group.

He was also a fantastic, loving support for his wife Margaret as she pursued her political career in local and national politics. She resigned her ministerial position to help him fight this bastard of a disease, which he did with courage and extraordinary good humour, putting up with some pretty horrific treatments along the way to today’s awful conclusion. She will have many friends as well as a loving family to help her through her grief, but their friends will find it virtually impossible to imagine Margaret without Henry.

He was one of the unlucky seven out of ten adults who succumb to leukaemia. That three out of ten who get it survive, and eight out of ten children who are diagnosed also survive, is in large part down to the work of Leukaemia Research. When Henry was born in 1944, leukaemia was a death sentence for anyone who got it.

After I posted the blog yesterday, a Facebook friend had the idea of ‘Facebook friends of AC’ trying to become one of the 50k donors, and volunteered to help me raise the funds through social networking. So this morning, before I had the terrible news, I was talking to Kate White at the charity about setting up a new Justgiving page aimed at generation donations in that way, up to fifty thousand pounds.

I was planning to launch it next week. But I have asked Kate to get the page going as soon as possible, so that the next fifty thousand pounds I raise can be in honour of Henry Hodge, and a tribute to his life, and the bravery of a struggle that, sadly, he has lost. 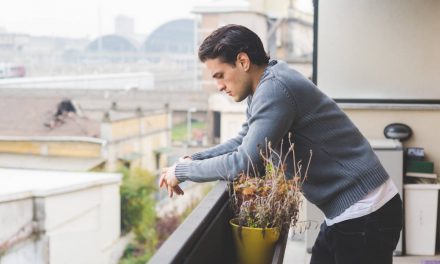