Some very good responses on Facebook to my obseration that Hilary Benn is a good speaker – pointing out he did a decent defence of the government on Question Time, others that he handled tricky questions on student finance well when he did one of the Eddie Izzard q and a sessions, plus people just saying he was a good bloke.

Last night’s rally in Leeds was in his constituency and his job was basically to introduce MEP Richard Corbett, then me and finally John Prescott. So he only spoke for a few minutes, but he packed a lot in.

As he spoke, it dawned on me that it was the first time I had seen him speaking outside of a Commons/TV  studio/press conference environment.

He has many of his father’s mannerisms, in particular quite grand and swishing right-hand movements, and a voice that rises in volume as he gets to the crux of a point. He has the same very human warmth that comes through too.

As for content, in a short off the cuff speech he managed to remind people forcefully of some of the crucial choices a Labour-Tory vote involves. He communicated the morality at the heart of some of those choices, like David Cameron’s continued commitment to cutting inheritance tax for 3,000 of the wealthiest families, rather than putting that money into public services, or – something he is particularly passionate about – development.

Also, without ignoring the political difficulties, he set out how important it was to remain confident, making the point that the public were not warming to the Tories as they had posiively shifted to us in the mid -90s.

And he delivered a herogram to JP for the confidence he showed in his ‘rout’ of John Humphrys on the Today programme yesterday morning. I didn’t hear the interview but several people had mentioned it as we travelled around – that JP had taken him and his arguments on with confdence and verve, and refused to absorb all the negativity thrown his way, instead preferring to argue back.

I make a similar point in today’s News of the World, who asked me to comment on the current situation. I say too many of our people absorb the negativity, instead of doing what we should be doing all the time – defending the record, attacking our opponents and forcing the Tories to flesh out policy positions, and above all setting out the forward policy agenda confident in the arguments we are making.

I draw some of the parallels between sport and politics – the need to understand the diffference between strategy and tactics, knowing how to use pressure, manage change. And of course understanding that both are team games.

Obviously a lot of focus falls on Gordon Brown. But we need to see more of the ministers more of the time, not least to draw attention to another Tory weakness – their lack of strength in depth. Seeing Hilary in action underlined that for me. More Mr Benn on the box please. More ministers out campaigning like JP is campaigning this weekend, with a bit of gusto and energy.

Talk about embracing new-tech. Before the rally, he showed  film of his trip so far, rough and ready but full of strong political message, and the occasional jibe thrown my way, particularly at what he called my ‘fitted shirt.’

If Prescott Jnr, who masterminds the 24-hour JP The Movie operation, could arrange to get his Go Fourth film up on the vlog spot here, people could see that it is just a shirt that fits. A smart one admittedly, but that’s all it is.

Now to the real reason for my visit North … Burnley v Bristol City. Three points and we’re in the play-offs. I may be gone some time.

My views, as a Cambridge professor no less, on politics and the press; not as clear or straight-forward as I expected 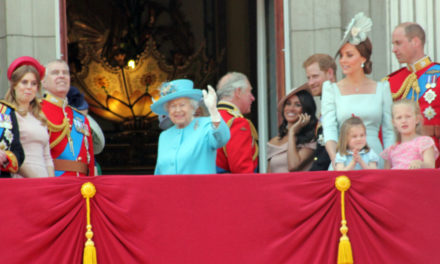