I had no idea, until I saw a tiny item in a French newspaper  on the Eurostar back to London yesterday, that there had been a European Commission competition to honour the first ‘green capitals of Europe.’

From what I could gather, the main judgement was the extent to which carbon emissions within the cities had been reduced and the figures for these two were impressive. But the whole idea of cities competing in this way strikes me as a good one.

In a relatively short time, measured against the sweep of history, it has become almost universally accepted that the entire planet is at risk without dramatic action.

One of the first stories I ever did as a trainee journalist, on the Tavistock Times almost thirty years ago, was the launch of a group called Tavistock Wastesavers. Recycling was beginning to take off.

Then when I was a journalist on the Daily Mirror, I was given the chance to fill a whole shock issue on the environment. The big issues then were acid rain, hedgerows and waste dumping in water.

The stakes today seem bigger, but the awareness is much higher. We still waste far too much, and you only have to walk along a busy road to know there are still too many ignorami littering and spoiling.

But whether we’re talking about small scale action of individuals, or large scale pollution of cars, planes and industry, the awareness is important. Back in my chain-smoking media days, the idea of everyone accepting that you should not smoke in places of work would have been unthinkable. It has happened. That was change led by slow gradual understanding of a reality.

The same is happening I think in relation to the environment. People are slowly changing behaviour. It requires individual action of course. It requires government action at national and global level, and the Copenhagen Summit later this year will be to the environment as this week’s G20 was to the world economy.

It will require local leadership and a rebirth of genuine civic values too. Funnily enough, at a focus group I attended on the recession recently, I noticed a fair bit of the latter; people saying the recession had re-taught them the value of sharing – up to and including clothes and low cost bulk food options in the supermarkets. One woman said ‘I think it has dawned on me that I don’t actually need a lot of the things I thought I did.’

That needs to be put alongside a drive, town by town, city by city, to reduce emissions, with recognition for those who do best. Stockholm and Hamburg will benefit in all sorts of other ways from the award they have received.

I remember when Liverpool was made City of Culture. ”City of Culture, you’re having a laugh,’ visiting football fans used to sing. But Liverpool used it well, and has changed for the better as a result.

So league tables for carbon emissions? Who knows? Today it is league tables of a different kind that count as the tedium of the international break is left behind and we get down to football that matters. 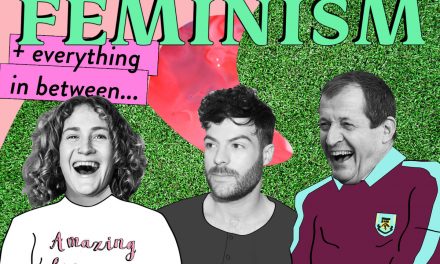 Making Hay while the sun shines